A representative of major language departments around the world.

Today, Tradfax International trains online in American English, Spanish and Portuguese. TradFax International offers to all students and companies training in American English, Spanish and Portuguese. Students can obtain English proficiency and certification via an online medium with highly trained and professional academics. All courses are strictly supervised by the academic director and tailored especially for students around the world, with certification from the United States of America. 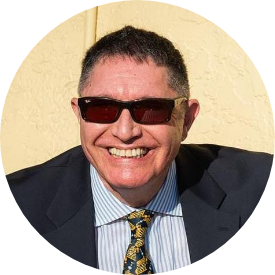 Tradfax International was founded in Buenos Aires, Argentina and after several years relocated to Fort Lauderdale, Florida in the United States of America.

Tradfax International is the official representative and administrative center for the Diploma Internacional de Español in the USA that offers all levels of SPANISH and Courses for teachers and Masters online with the certificates and the “DIPLOMA INTERNACIONAL DE ESPAÑOL” of The Pontifical University of Salamanca, Spain. TradFax International offers its institutional certificates and diplomas, as well.

what students are saying

“The teaching standard is high as is the expectation of the student. Much time is taken to make sure student is learning and understanding well. I am very satisfied with the instruction and will continue in the courses”

“I started learning Spanish with Tradfax about two years ago and it has helped me in my understanding and speaking of Spanish. Francisco tailors his training to each persons individual needs”

“TradFax International has given me an extremely well-rounded and personal experience in learning Portuguese. The depth of education I have received, has allowed me to communicate with native Portuguese speakers. I highly recommend it to anyone looking to begin or expand their foreign language skills”

Join us and improve your language skills

Become a part of Tradfax International